Fires were very common in Edmonton and Strathcona because of the early wooden structures that had coal stoves and fireplaces along with candles.

Fort Edmonton Park – Fort Edmonton Park is made up of four sections, each representing an era. The first era is represented by the Fort in the year of 1846, followed by 1885 Street, 1905 Street, and 1920 Street. Most of the buildings are reproductions. The Firkins and the Rutherford are original houses that were moved there.
The Ottewell Homestead at the end of the 1885 Street has a spirit who looks out the windows at people. It’s on the side that faces toward the garden area and direction of the Fort. 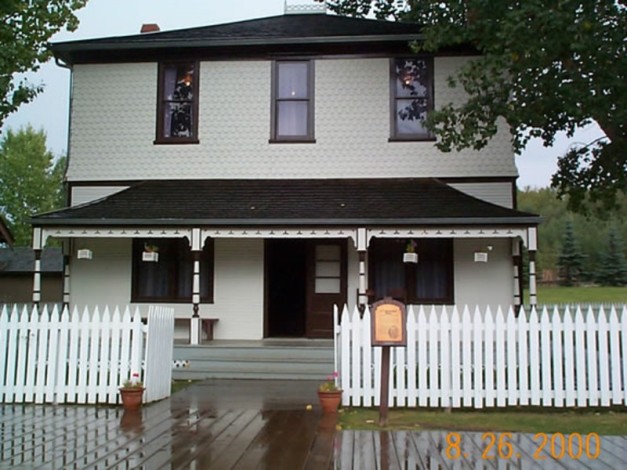 The Rutherford House – photo from fortedmonton.ca

On 1920 Street there is an old male Scottish spirit in the Rutherford house and he has taken possession of the master bedroom. He has a love of women with red hair. He tries to touch the hair on women’s heads that have red hair. A young scullery maid is on the floor below him and a male soldier from the first world war is in and out of the house. The soldier likes the maid and comes to visit her. 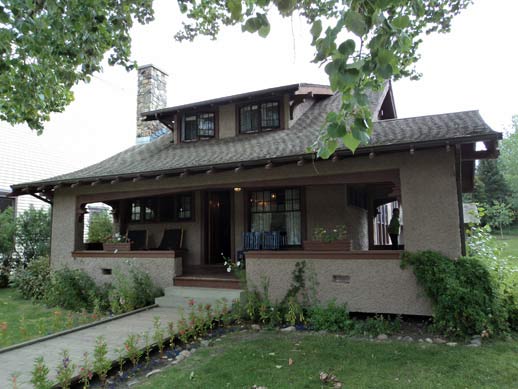 The Firkins House – photo from fortedmonton.ca

The Firkins house has some spirits in it, not sure who they are but no one has ever died in the house. One of them is a mischievous spirit, could be a child. However, the house has a lot of residual energy in it as well. 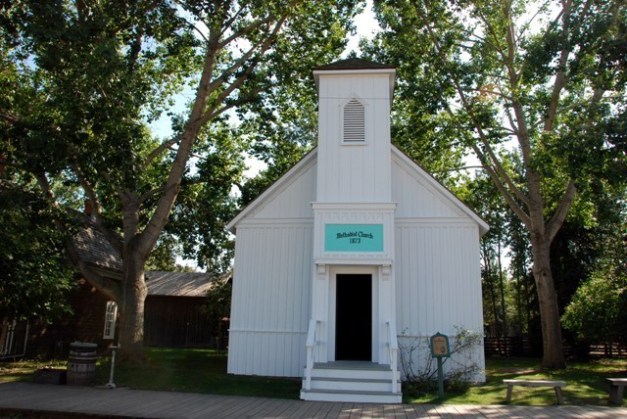 The white church (Church of St. Michael) just down from the Rutherford house has some kind of creepy lurking spirit in it and we have an EVP recording of it saying something to a CBC crew member who was with us on one investigation for the 2005 CBC “Nerve” show. 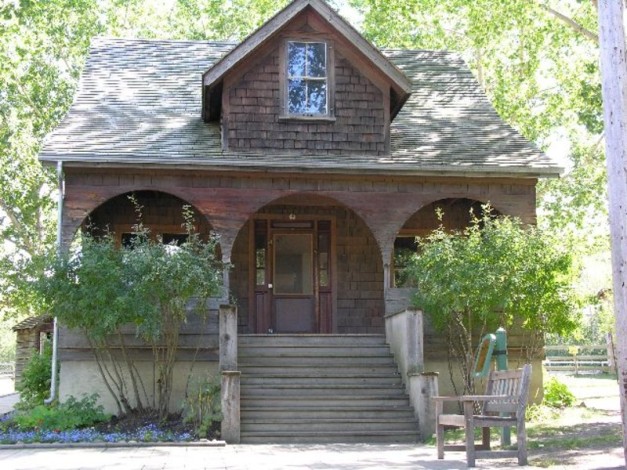 That concludes the Haunted Places of Edmonton. There are many, many more places we didn’t list here. If you’ve had a paranormal experience in any home or building in Edmonton, please contact us and let us know!!! Maybe it will be included in another collection of haunted places.