Who are these crazy people? 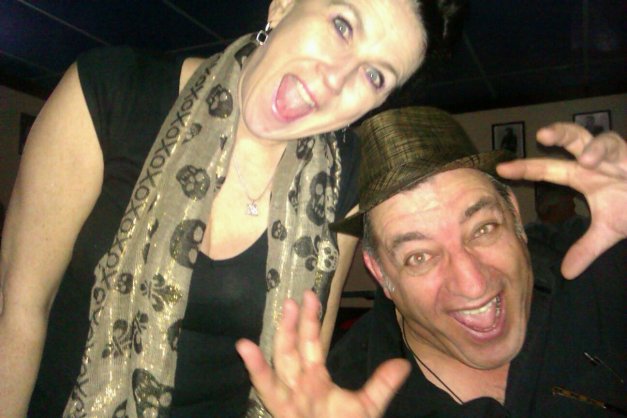 Rona and Ben are the team of the Paranormal Explorers and have been paranormal investigators for 16+ years. They have attended Edinburgh’s Ghost Fest; Halloween in New Orleans and have traveled to many haunted places in North America and overseas. They live in Edmonton, Alberta, Canada where it is rich in history and hauntings.

The Paranormal Explorers have been featured on Creepy Canada TV show, CBC’s Nerve, and numerous radio, newspaper and TV interviews. They have been written about in 3 paranormal books:
Encyclopedia of Haunted Places: Ghostly Locales from Around the World, by Jeff Belanger – included investigations of ours from Edmonton.
Interviewed in Haunted Too: Incredible True Stories of Ghostly Encounters by Dorah L. Williams.
Haunted Hospitals by Rhonda Parrish – includes an interview of us about the Edmonton Charles Camsell Hospital.

Paranormal Rona is a psychic medium who can communicate with earthbound spirits and remove them from people’s homes and businesses. She also owns a 1998 Cadillac DeVille Superior hearse.

Ben loves to smoke every kind of meat imaginable, act in dinner theatre and movies, and is the electronics –audio/visual guy. Ben always wears his trademark bowler hat almost wherever he goes.

Contact the Paranormal Explorers for advice or if you need them to do an investigation, a spirit removal, ghost dinner, ghost tour, interview, workshop or seminar.